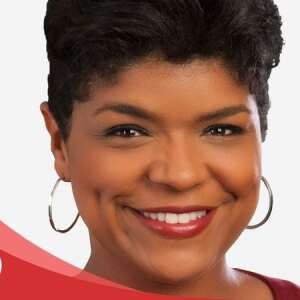 His badge is branded chief. His heart is branded father. Every day, Opelousas Police Chief Martin McLendon hits the streets to fight crime, and being accused of a crime is why his son sits in prison.

As KATC’s Marcelle Fontenot sat down with Chief McLendon on the steps of his home, he tells her, “This is the first home I purchased. This is really home for me.”

McLendon bought the house after he joined the police force in 1991. His home is in the same neighborhood he lived as a child.

“I have a strong conviction that policemen should live among the people they police. That’s how I’ve always felt about being a police officer. You should be accessible to the people, and they should know that there’s someone in the neighborhood that cares about them. And so, I think I can afford to live somewhere else, but I want to stay here.” The chief went on to say, “This is a choice for me: to just remain in this community.”

The community McLendon describes is a high-crime area in the city.

“My daughter called me two Saturdays ago and said, ‘They’re shooting, and it sounds like it’s in my house.’ And, I got out of my bed and came here to see about it, and they were actually shooting on that corner,” McLendon said while describing an intersection nearby.

No one was hurt in that shooting, but that’s not always the case. The city’s top cop knows the statistics but also know personally just how tough the neighborhood can be.

Jamarcus now sits in prison. He is awaiting a trial on two counts of first-degree murder. His arrest is in connection with two men found shot to death on a rural St. Landry Parish road in 2016. When his father first heard Jamarcus’ name as a suspect in the crime, he said he walked his son in the police department to turn him in.

“It’s probably the hardest thing I do every day: wake up and go to work with that broken heart. I come home the same way.”

Mclendon said he questions where he went wrong. He said when his son first started getting into trouble, he felt he had to be stern and yelled at him because of what he was doing and because he is a policeman’s son.

“He even told me one time, ‘The streets have me.’ And, he was crying for help, and I didn’t listen. I spent more time just fussing at him, and now, I spend my time listening to young people.”

When asked where he will be when his son goes to trial on the charges he is facing, the chief said, “That day, I’m going to take off this uniform and put on civilian clothes, and I’m going to go there and be a father. Not as a police chief. I’m going there as Jamarcus’ dad, and I’m going to sit with him through his trial.

Some may question how Mclendon can be an effective police chief when his son is sitting in prison, awaiting trial on murder charges. He said who better than him: a man who understands exactly what can happen when one wrong decision can lead you down a pathway that has the potential to change the rest of your life.

“When I don’t feel like getting up, or when I know my son is left behind, there’s still a mother out there that is asking for help. And, I promised that we would transform our community one neighborhood at a time, one street corner at a time, one child at a time,” said Mclendon. “So, even though I missed the mark with Jamarcus, there’s still a Jamarcus, walking the streets of Opelousas, and I want to reach him or her before it’s too late.”

The police chief says his son goes to trial this summer.