Update: Opelousas Police say the suspect has turned himself in.

33-year-old Kevin Savoie of Grand Coteau turned himself on Sunday night. He was booked into the Opelousas City Jail  on the following charges:

He was additionally booked by the St. Landry Parish Sheriff’s Office with the following charges:

The St. Landry Parish Sheriff’s Office arrested him for a March 10, 2019 home invasion. The victim stated she heard a noise of someone running inside her residence. She identified Kevin Savoie, who is her sister’s ex-boyfriend, running in her home.

According to the victim, Savoie said he was looking for her sister and her new boyfriend. The victim called the sheriff’s office but Savoie left prior to deputies’ arrival. Evidence showed that the door’s locking mechanism had been bent and damaged. Warrants were issued for his arrest.

Deputies say the victim in their case is the sister of Laws.

The victim in Sunday’s kidnapping, Tuquencia Laws is safe; police say she was dropped off at the St. Landry Parish Sheriff’s Complex last night.

Tiquencia Laws was last seen Sunday at the intersection of East Jefferson and Oak streets.

Police say Kevin Savoie crashed his car into hers. Her passenger, who is her cousin, says Laws tried to run away, but Savoie grabbed her and took her away in his car.

Now police are searching for him and Laws, and her family are hoping for a safe return.

“I wish she would’ve left with me instead of her cousin,” said her father, George Laws.

Laws was leaving Opelousas General Hospital when the abduction happened, at about 4:30 p.m. Savoy is the father of one of her children, and her family says this isn’t the first time he’s done something like this.

“This is an ongoing harassment with Kevin Savoie kidnapping my daughter over and over again,” George Laws says.

Police say that in 2015 Savoie was booked with Domestic Abuse Battery and False Imprisonment after a similar incident with Laws.

“We’re speaking to other agencies in the area. We’re sending out information to try to help locate her, to try to bring her home safe and to bring him to justice,” said Opelousas Police Chief Martin McClendon. “We want to arrest this guy again. He’s considered a very dangerous person.”

George Laws says Savoie sent his daughter a picture of a gun this morning, threatening to kill her.

“He told her that’s what he’s going to kill her with if she doesn’t do what he says,” George Laws says.

Police are asking the public to be on the lookout for Savoie’s car; they believe he’s in a white 1998 Ford Taurus with chrome rims.

“We have a lot of officers, we called in some officers to come in tonight and they are out there trying to locate him and I believe they are closing in on him,” McClendon said.

“We’re imagining the worst and hoping for the best… I’m just hoping that the state, the parish every body come together before he kills her,” her father said. 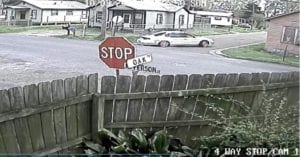 The vehicle was involved in an aggravated kidnapping that occurred at approximately 4:35 p.m., police allege. 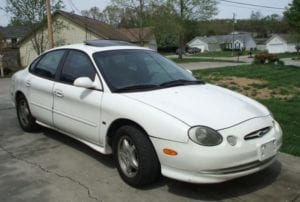 The victim in the kidnapping is Tiquencia Laws, 26, police say.

The suspect involved is an alleged acquaintance of Ms. Laws. Police identify him as Kevin Savoie age 33.

Laws has not been located; at this time police believe that she is still being held by Savoie, a spokesman said. 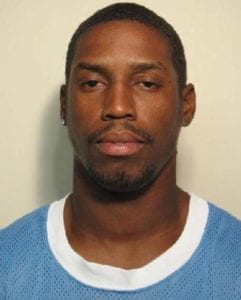 Notify Police immediately if you see this vehicle, suspect is not known to be armed but is considered dangerous.