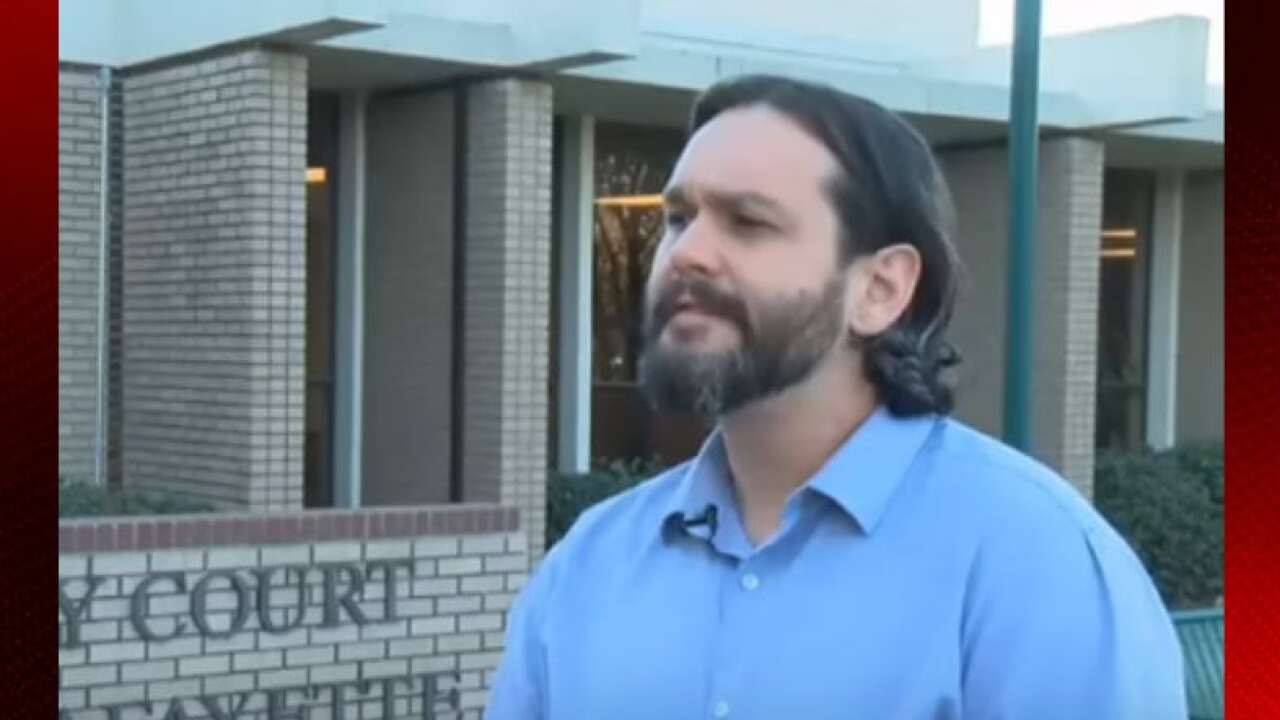 Wilkerson is suing Pope, who has been suspended from his post since his conviction on felony malfeasance and perjury charges in October, as well as other members of Pope’s office and the office itself over his December 2017 arrest.

Hours after the deadline passed for the recall, Wilkerson was arrested by Pope’s marshals on 20-year-old worthless check charges. At least two of the stores listed as victims on the warrants no longer exist. The District Attorney’s Office declined to prosecute the warrants – saying they had long ago expired.

In his federal suit, Wilkerson accuses Pope of violating his civil rights under color of law, malicious prosecution, abuse of process, false imprisonment, wrongful arrest and wrongful detention, retaliatory arrest in violation of the First Amendment, intentional infliction of emotional distress, negligence, trespassing and invasion of privacy. He asks the court for personal damages, reimbursement of losses, punitive damages and attorneys’ fees.

Wilkerson’s suit alleges that, as soon as the recall petition was filed, Pope found out who was in charge and “immediately began planning revenge” against those organizers. He ordered his deputies to run criminal background checks and warrant checks on them, hoping he could find something that he could use, the suit alleges.

The suit also alleges that Pope ordered his employees to engage in “unlawful snooping and investigation” of the organizers, “without probable cause,” hoping to embarrass the organizers in some way.

The suit alleges those worthless check warrants were found, but weren’t properly served 20 years ago when they were issued. Even if they had been, the charges expired 20 years ago, too, the lawsuit alleges. The suit also alleges that, instead of taking the warrants to the City Court clerk for confirmation prior to serving them – as they are supposed to do – the deputies took the unconfirmed warrants to Willkerson’s home to arrest him.

The suit alleges that Pope had Wilkerson arrested “in a deliberate attempt to convey the message to the community at large that those who oppose or seek redress against Marshal Pope would face consequences and retribution for their actions.”

The suit claims that neither of the marshals who came to arrest Wilkerson ever read him his rights, and that when he asked for the date of the offense, neither marshal would answer. Those marshals also lied and said they tried to call him on the phone before arresting him, the suit alleges.

The arrest wasn’t even necessary, since the marshals had no reason to believe Wilkerson wouldn’t answer the charges – if he was informed of them, the suit claims.

Instead, they “opted to arrest the plaintiff for the specific and intentional purposes of retaliating against, embarrassing and intimidating him, and to create a public spectacle aimed at exacting revenge, ridicule and retribution against the plaintiff for exercising his First Amendment Rights of Petition and as a show of force for the general public that Marshal Pope was not to be challenged or opposed,” the suit states.

Pope is awaiting sentencing on his conviction, and is only suspended while he appeals. If his appeals fail, he will be formally removed from office.

Pope also faces another indictment, first filed in September and expanded again last week, accusing him of using fees he collected from citizens to supplement his personal income, despite an Attorney General’s opinion which advised that wasn’t legal. To read the most recent story about that indictment, click here.