Pope convicted on four counts, acquitted on three others

A jury has found Lafayette City Marshal Brian Pope guilty on one count of perjury and three counts of malfeasance in office, but acquitted him on the remaining charges. 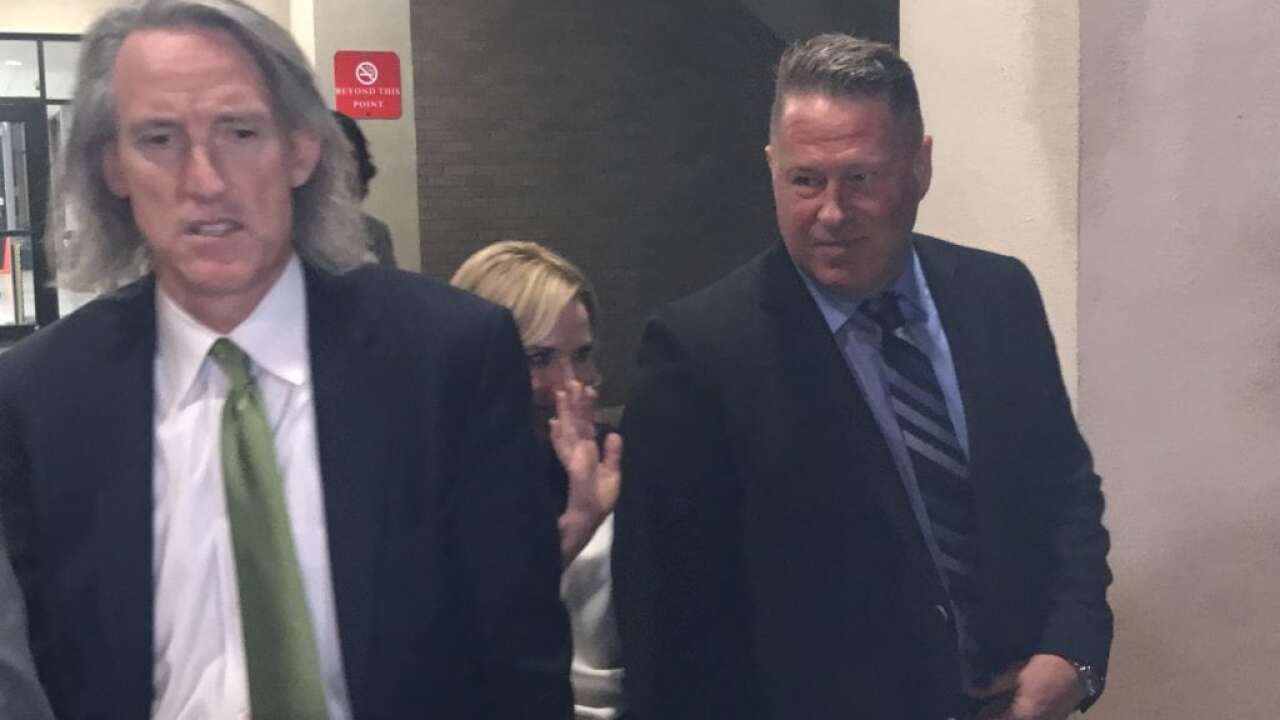 LAFAYETTE, La. — A jury has found Lafayette City Marshal Brian Pope guilty on one count of perjury and three counts of malfeasance in office. Pope was acquitted on one other perjury count and two other malfeasance counts.

The jury was in deliberation for less than five hours before rendering their verdict to 15th Judicial District Judge David Smith at 8:07 p.m. this evening.

The jury found Pope guilty on one count of committing perjury during his Dec. 28, 2015, sworn deposition during the public records lawsuit against him when he denied authorizing the mass distribution of a press conference announcement for an event that turned out to be a political event on public time.

Pope was found guilty of committing malfeasance in office when he used public funds from Nov. 10, 2015 to June 2, 2016 to pay attorney Charles Middleton in his attempt to unseal the divorce records of then-candidate Mark Garber who was running for Lafayette Parish Sheriff against Scott Police Chief Chad Leger, whom Pope had endorsed in that October 2015 election.

The jury found Pope guilty on one count of malfeasance in office from June 13, 2016 when he used public funds to pay attorney Jonathan Jarrett to represent City Marshall employees of the City Marshal’s Office who gave sworn statements to the District Attorney’s office for a criminal investigation of Pope when they were not targets.

Pope was found guilty on one count of committing malfeasance in office around July 13, 2016 when he used public funds to pay attorney Katherine Guillot to appeal his contempt of court conviction during his public records lawsuit that the now-closed Independent newspaper filed against Pope in November 2015 for not providing public documents in response to public records requests.

After the verdict had been read Judge Smith gave the jury his “sincerest thanks” for their work and upholding their civic duty before he dismissed them.

Pope’s defense then requested that Pope’s current bond be held in place since convictions had been set and Pope did not represent a flight risk, which the judge ultimately granted.

Smith also ordered a pre-sentencing investigation that will take up to 90 days to complete. Once it is finished, Smith will set a sentencing hearing for Pope.

Pope’s defense attorneys stated that they intend to appeal the convictions.