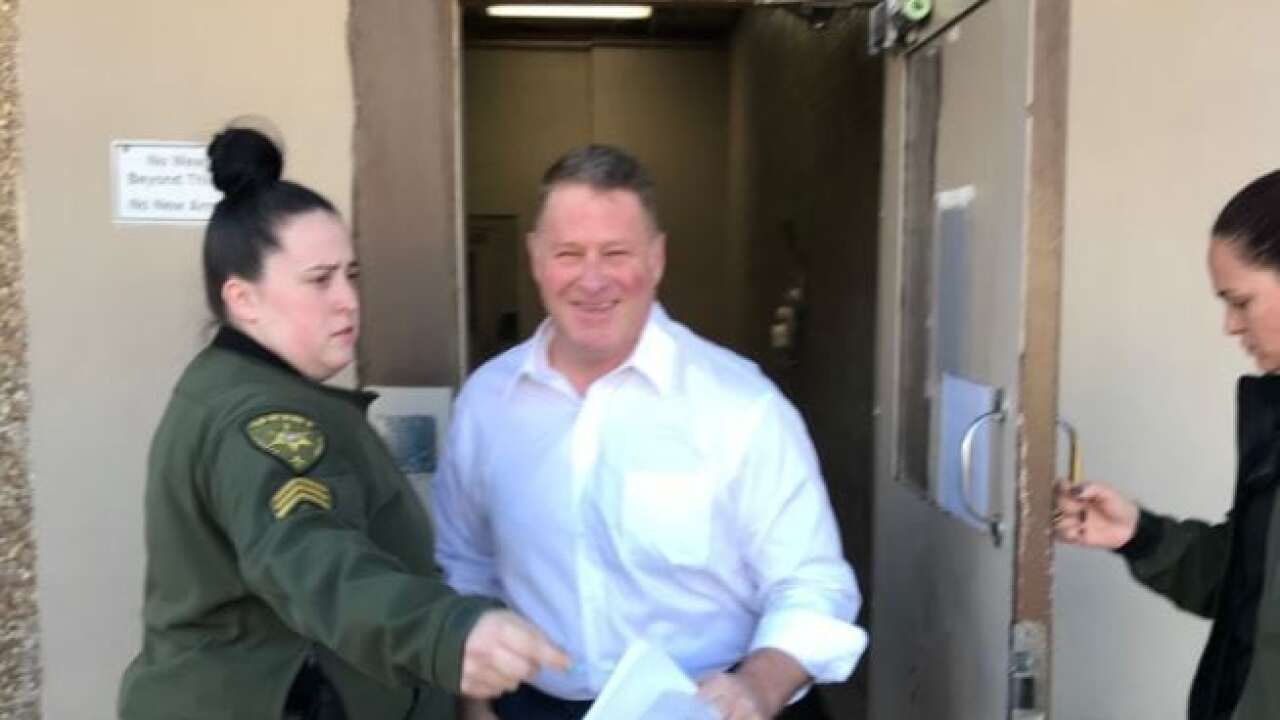 In a motion filed Tuesday, Pope’s attorneys wrote that they’re "contemplating" an argument that Pope was subject to selective prosecution "to punish" him for exercising "his constitutional rights to express opinion under the First Amendment to the U.S. Constitution."

The attorneys, Brett Grayson and John McLindon, have further asked to subpoena local TV stations, including KATC, for their coverage of when former Marshal Nicky Picard endorsed Pope as his successor.

Picard, who had just lost re-election in the primary, endorsed Pope during a press conference.

"It could be a game changer, and I hope it’s for the good," Picard said at the time.

The final hearing date before Pope’s Sept. 24 trial is set for July 26.

McLindon told KATC on Wednesday that he expects the trial date to stand.

They also filed a motion that asks to pose more written questions to potential jurors "because of the inflammatory and persistent adverse publicity (Pope) has been subjected to" during his time in office. They also ask for up to three hours per side to question the jury for bias.

A judge recently deferred their motion to move Pope’s trial to another location until the trial date. Judge David Smith, of the 15th Judicial District, said he will consider moving the trial if it the attorneys have trouble seating an impartial jury in Lafayette Parish.

Pope faces a seven-count indictment that accuses him of using his position for political purposes. The allegations stem from the Independent’s lawsuit against him.

Evidence unearthed in the lawsuit showed emails sent to and from Pope’s official account that showed he worked with the campaign of one of his political allies when he hosted a press conference to bash Sheriff Mark Garber for his work as an immigration attorney. At the time, Garber was a candidate for sheriff.

A judge found Pope illegally withheld those public records from the Independent and ordered him to pay more than $200,000 in penalties and court costs to the now-shuttered publication.

A court filing from late June shows Pope has paid off that debt. His wages had been garnished since last July to pay off the more than $21,000 that remained outstanding.