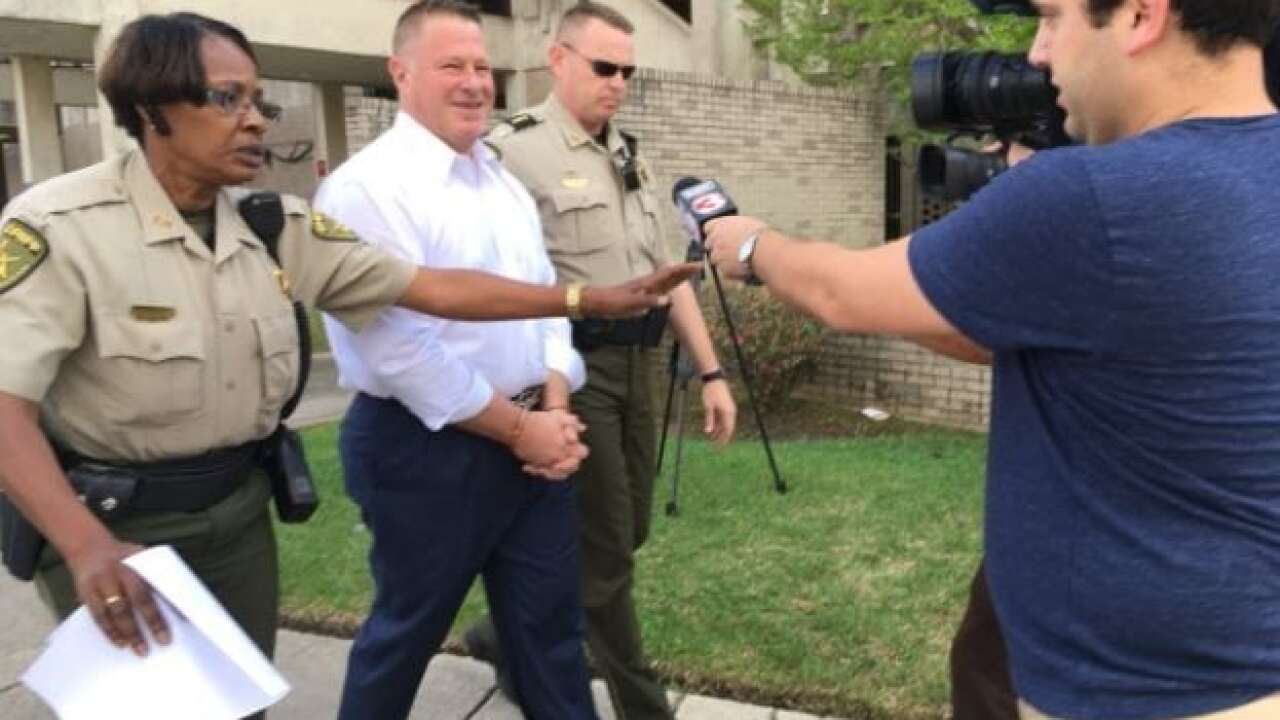 LAFAYETTE, La. — A judge on Monday morning denied two motions from Lafayette City Marshal Brian Pope, who sought to suppress his emails from admission into his felony trial and also sought to separate some of the charges in his seven-count felony indictment into separate cases.

Meanwhile, Pope’s third motion — which asks for a change in venue — has been deferred until trial, when the parties will see whether it’s feasible to seat an impartial jury.

Judge David Smith, with the 15th Judicial District, had already denied Pope’s motion to suppress his emails. But on appeal, the Third Circuit found that Smith failed to hear evidence before making the decision and ordered a rehearing that happened back in March.

Smith also heard from Pope’s attorneys during that hearing on a motion to sever some of his charges from one another. Smith denied it Monday.

Smith did not comment on the reason behind his decisions handed down in court on Monday morning.

Pope’s attorneys, Brett Grayson and John McLindon, said they may not necessarily appeal the decisions. But they did say they do intend to file more motions in the case.

They may relate to voir dire, or jury selection, and a request for a "more lengthy period" of that trial proceeding, Grayson told the judge.

Prosecutor Alan Haney also said the state intends to introduce more evidence in Pope’s case. That means there will be at least one more hearing in the case before it goes to trial.